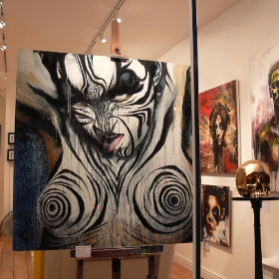 There are no exhibitions booked
More to be announced soon 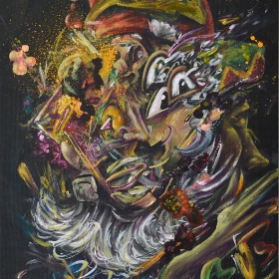 Its All 2 Much art gallery was situated in the Stokes Croft area of Bristol, an area that is rapidly gathering fame as the city’s cultural quarter. The gallery opened on 11th February 2017 at 11 – 13 Stokes Croft; this was a large space and enabled us to show a lot more art than we were able to do before. This had been a temporary arrangement before the building was scheduled for redevelopment and we made the reluctant decision to move out in August 2018 when we found it increasingly difficult to plan ahead for exhibitions.

Our previous gallery which was on Cheltenham Road opened in December 2011 but was closed on 15th October 2016 due to the building being sold.

For the time being we are operating on-line only; original works can still be purchased and we also have limited edition prints and artists proofs available for those people who prefer a more modest investment.

Private viewings of our art can be arranged by contacting us via email to make an appointment.

How to find us