Julian Quaye continues to illustrate his love of ironic juxtaposition and his interest in Victorian and Edwardian colours on his return to the front gallery with a show named after his most iconic image to date – The Aviator.

Followers of Julian’s work may notice the gradual appearance of military symbology in his works as he develops his grand theme and introduces us to more of the characters in his story of good versus evil and the rise (and fall?) of the penguins.

Frances Davidson is one maker bent on seduction via acute attention to detail. This body of work is not a polite polemic; there is an eloquent fury that bleeds through the craftsmanship.

The human body is deconstructed as a faux medical procedure and reconstructed as a ghost of the whole, using a fetish dialogue and a long-held fascination with 16th and 17th century curiosity cabinets.

As the artist herself explains “The objects within these cabinets were placed in order of their appeal to the imagination and symbolic similarities rather than any scientific or ethnological ones. We view these collections as disjointed and nonsensical because of our obsession with segregation and categorisation of art and fields of understanding. Using sculpture and automata-making as my medium I produce pseudo-collectibles, imbuing them with an invented history, often toy like but with dark and sinister overtones.” 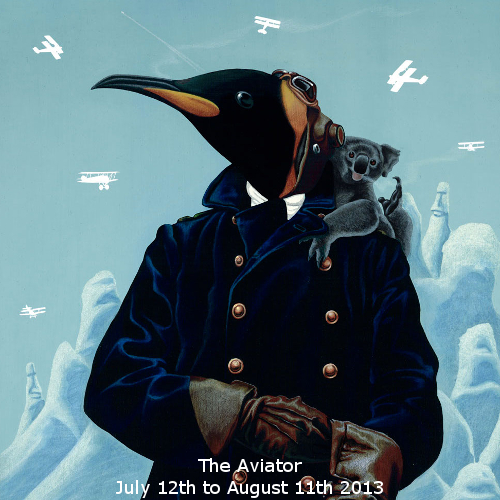