Bill Giles studied at Cardiff Metropolitan and in late 2010 he returned to his home town of Bristol having gained a BA degree in Illustration.

He is now establishing himself back on home soil working on solo commissions as well as joining the Dirty Old Town group of artists, DJs and musicians who are always busy around Bristol.

Bill is a highly talented illustrator, designer and wall scribbler. He makes melting, gooey, visceral, often grotesque, imagery that is as detailed as it is fantastic.

Although he mainly works on promotional artwork, music-inspired artwork, and apparel, recently big walls and live drawings are constantly appearing in his diary.

Bill is a member of “Cretin”, an artists collective working in Bristol and specialising in fantastic characters, monsters and bizarre creatures across a variety of mediums including painting, sculpture and illustration. His fellow Cretins are Loch Ness, SPZero76, Dom Williams and Paul Roberts. 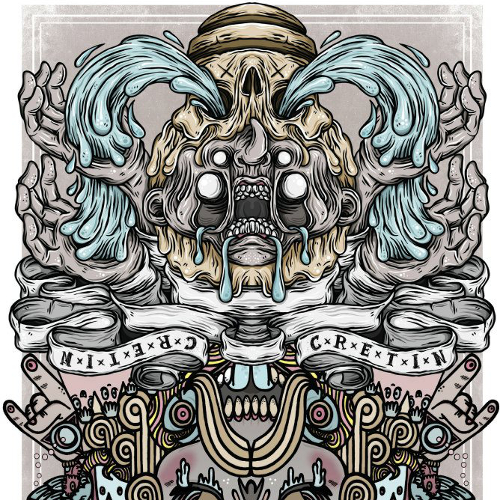 Email us (art(at)itsall2much(dot)com) if you’d like to know more about Bill Giles.