Lemak to the Future plus Keith

This show brings together two stencil artists Lemak and Keith who have very different styles. Interestingly, and coincidentally, both artists began creating artwork in 2011.

Keith mostly paints scenes from the streets that inspired him in the first place; distinctive buildings, important moments in time and the individuals that make up what is the essence of the city that is Bristol.

By contrast, Lemak is developing a signature style of his own, merging the skills of his previous trade as a joiner with his artistic talents, and now specialises in reverse stencilling on glass. The lighting elements of the art bring out different features of the work, such as the intricate patterns of tattoos, in a distinct and unique way.

A special limited edition run of giclee prints of Amy Winehouse by Lemak are being produced for the show. These will be approximately A3 size and there will only be 15 prints in the run. Each print will be signed and numbered by Lemak and can only be purchased at the gallery. 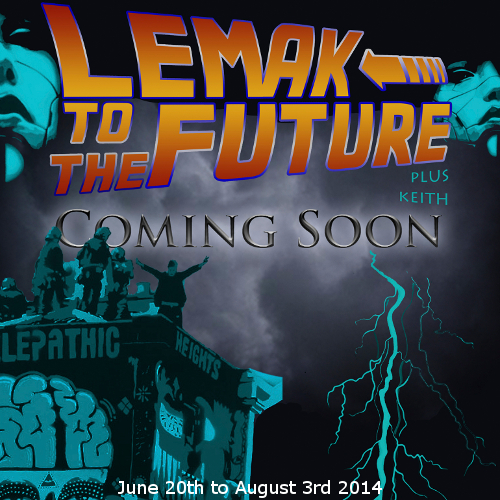