Latif Gardez started painting in oils when he was seventeen. Although much pre-occupied in the 80s and 90s with another of his artistic talents, the playing and recording of music, he still found time to create and exhibit his art. His works appeared at a ‘new artists’ show at the ICA, London in the mid eighties and subsequently at Riverside, London. A number of pieces also appeared in the Notting Hill Gate / Portobello Road galleries of that period.

His first major influences were Franz Marc, a German expressionist painter who was tragically killed in World War I, a little known but multi-talented French painter Jean-Jacques Morvan, one of whose books was the first art book Latif ever bought, and Gauguin.

Latif’s work reveals a fascination with crystalline structures and a passion for colours to energise his subjects. While his medium has always been oils, he has recently started experimenting with gold leaf. 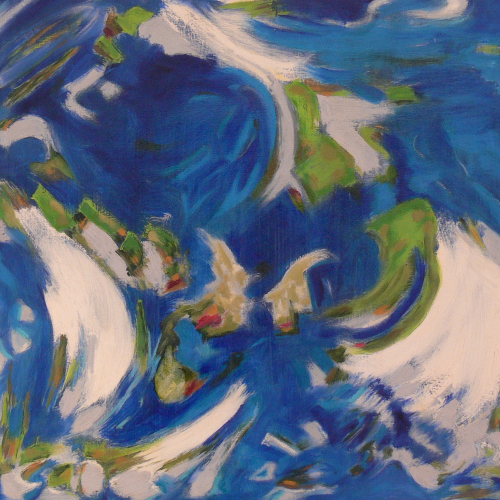 Email us (art(at)itsall2much(dot)com) if you’d like to know more about Latif Gardez.