Welcome to the wonderous world of Loch Ness.

Fall down the monster rabbit hole into a dream-like dimension where anything is possible and colour has no boundaries.

His army of psychedelic characters playfully disorientate you to a place that oozes a twisted harmony and Zen.

Influenced heavily by music of a rock era gone by – The Beatles, Jimi Hendrix, Led Zeppelin & The Rolling Stones – he takes the viewer on a trippy ride of banjo-playing, guitar-strumming, monster-drumming, feel-good absurdity.

Loch Ness is a member of “Cretin”, an artists collective working in Bristol and specialising in fantastic characters, monsters and bizarre creatures across a variety of mediums including painting, sculpture and illustration. His fellow Cretins are Dom Williams, SPZero76, Bill Giles and Paul Roberts. 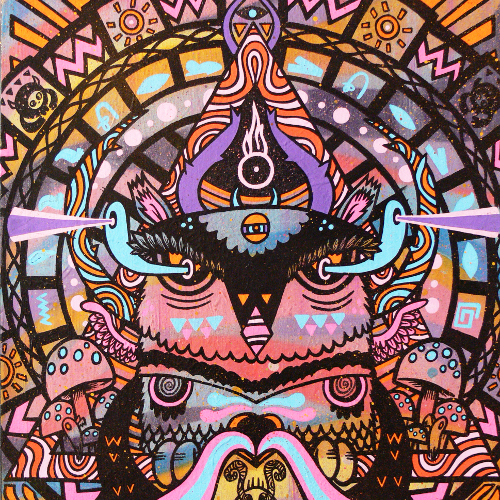 Email us (art(at)itsall2much(dot)com) if you’d like to know more about Loch Ness.