With an open spectrum of different projects on at one time, Jimmer Willmott loves to play in experimentation. With no great affinity with the abstract, Jim’s mazes are aimed at a more pleasing and aesthetic experience for the viewer by using colour as building blocks.

Influenced by film, television and cartoons from childhood, Paul ‘Monsters’ Roberts’ artwork brings simplistic, comical takes on things around him. Moving in a new direction with his pattern work, Paul has gone back to his roots of a graphic design background by being quite meticulous using many geometric shapes fitted together.

Paul is no stranger to It’s All 2 Much Art Gallery, having been a regular contributor to our group shows and has appeared in 2 separate themed shows as a member of the Cretin Collective. 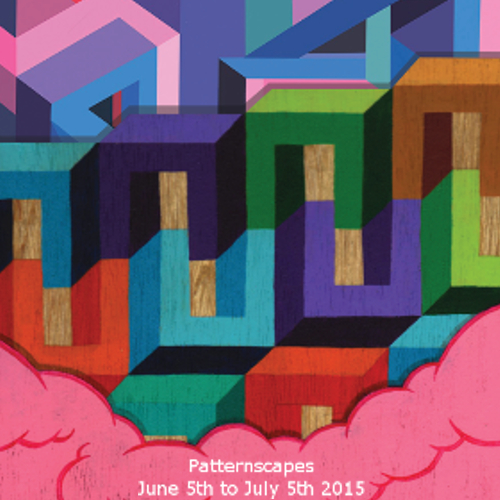