Paul Roberts is influenced by film, television and cartoons from his childhood. His artwork brings simplistic, comical takes on things around him from wildlife to characters in movies and monsters.

As an artist under the guise of Monsters Monsters and member of Birmingham based collective Them Lot, Paul Roberts has been involved in many exhibitions and has worked with some of his artistic idols.

In 2012, Paul curated the “100 Houses” group show in Bristol which brought together 100 national and international image-makers from illustrators to street artists in support of the housing and homelessness charity Shelter.

Said Paul of the event “After hosting a group show last year supporting ‘The Woodland Trust’, I wanted to go bigger and see what would happen if I attempted to pull together 100 artists to make a difference with their art. I’ve been blown away by the artwork being sent to me from near and far – a wide body of recognized and up-and-coming talent have really pulled out all the stops for this show – it’s really inspiring.”

Paul is a member of “Cretin”, an artists collective working in Bristol and specialising in fantastic characters, monsters and bizarre creatures across a variety of mediums including painting, sculpture and illustration. His fellow Cretins are Loch Ness, Dom Williams, Bill Giles and SPZero76. 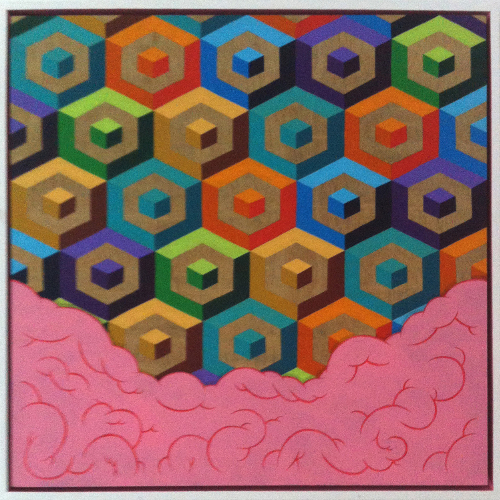 Email us (art(at)itsall2much(dot)com) if you’d like to know more about Paul Roberts.