This exhibition has been planned to coincide with the UK release of the film “The Dark Knight Rises”, the final part of the Batman trilogy from director Christopher Nolan.

We invited a number of our favourite Bristol artists to render their interpretations of Batman characters with fantastic results.  Also, we were lucky enough to be able to borrow a 2 metre high model of Batman for our window display from Mark at Epoch Design, and Young’s Brewery sponsored the show.

In addition to the artists referenced below, we are also pleased to exhibit pieces by Copyright, Gemma Compton, SPQR, J Patrick Boyle (Motorboy) and Rafael Duncan.

Image (right) is a Rorschach ink blot created by Jim Starr especially for the show. 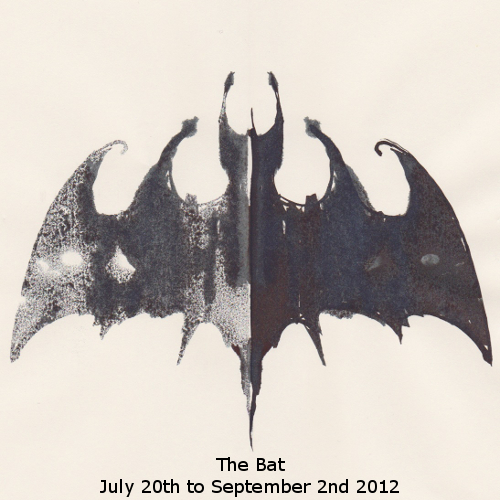