It’s that time of year again when we invite a host of artists, some new to our gallery and some familiar friends, to submit examples of their work for our Christmas group show.

There is a loose theme this year based on the show’s title “Merry Christmess and a Hippy New Year”. So expect anything from Bad Santa to Psychedelia with Peace and Love in-between – that should give you all plenty to look at!

Artist Gary Iles has really hit the spot with his submitted work which we have adopted as the image for the show (shown right).

Although many of the works are originals, we also have a wide selection of limited edition and open edition prints available. 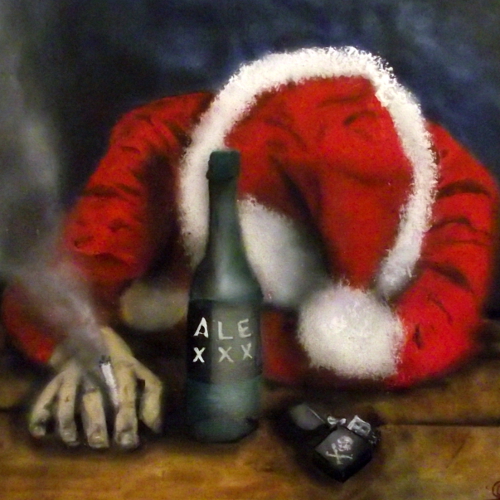